Prints | Biography | Prints sold
DE SEGONZAC
Here are the prints handsigned (etchings) by Dunoyer de Segonzac that are presently for sale. Click on the image to enlarge it. 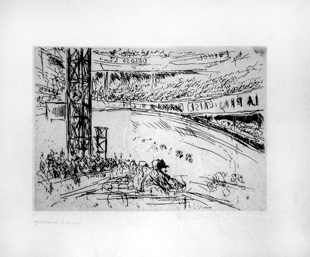 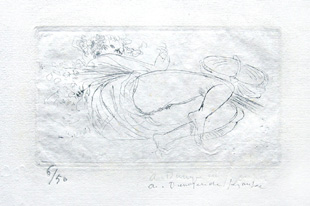 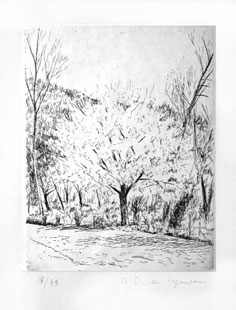 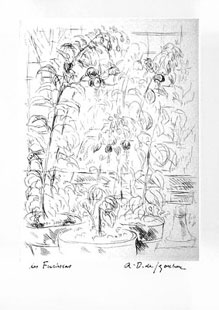 AndrÃ© Dunoyer de Segonzac was born in 1884 in the Essonne. From 1900 until 1903 he attended the Beaux-Arts in Paris, then continuing his training in Louis Olivier Merson's studio. In 1907 Segonzac met Luc-Albert Moreau and Boussignault, and the three shared a studio. His first drawings were published in 1908 in "La grande revue" and "Le tÃ©moin" ; his favorite themes were then still-lives, nudes, landscapes. In 1907, Segonzac showed at the Salon des IndÃ©pendants and Salon d'Automne in Paris.
Segonzac then rented a villa in Saint Tropez belonging to Signac ; he was to spend every summer of his life in the same village. In winter, however, he would lead a somewhat nomadic existence travelling troughout France. In 1910 Segonzac met Max Jacob and Maurice de Vlaminck. From 1910 to 1914, he toured Italy, Spain and Africa. Called up in the infantery during the war, he made countless drawings of the atrocities he witnessed. In 1919, his works featured in nummerous shows ; he was henceforth an acknowledged artist. A big show of his work was held in London in 1920 ; in 1934 Segonzac was awarded the Biennale of Venice prize, and showed in Chicago in 1938.
Dunoyer de Segonzac's output of prints numbers several hundred, mainly etchings, a medium he perfectly mastered. He also illustrated numerous books, such as "Bubu de Montparnasse" and the "Georgics". He died in Paris in 1974. 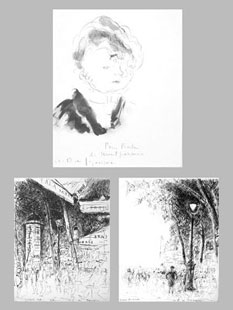 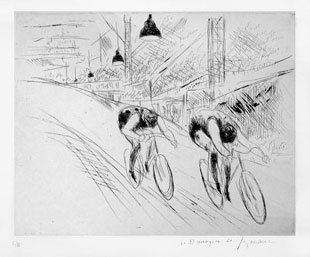 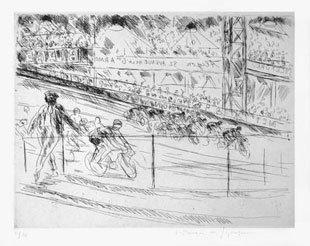