PIERRE SOULAGES
Here are the prints handsigned (lithographs, etchings or engravings) by Pierre Soulages that are presently for sale. Click on the image to enlarge it and see the description of the print. Unless otherwise specified all the prints shown on this page are signed by Soulages and are original. 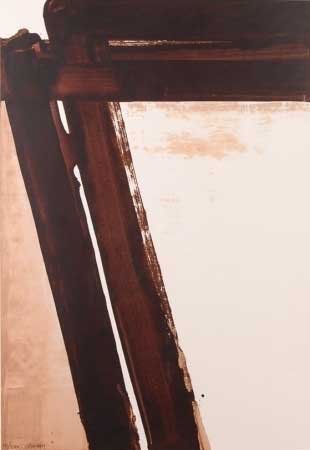 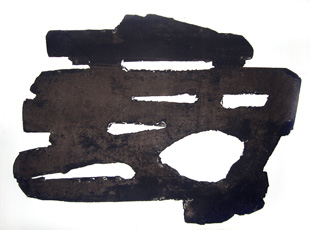 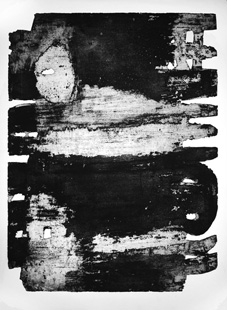 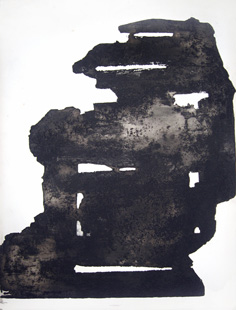 Pierre Soulages was born on Christmas Eve, 1919 in Rodez. He became interested in painting at a very young age. Soulages went to Paris in 1937 to prepare for a teaching profession in art and the entrance exams for the National Senior School of Fine Arts. Although he was admitted to this school, he was disappointed by the education that they were providing. Soulages left these studies and returned to his place of birth. Pierre Soulages was active in 1940 and withdrawn in 1941, a quiet period for an artist who no longer painted. It was only in 1946 that he chose to dedicate his life to painting; his abstract paintings are dominated by blackness, the artist tried to exhibit in several galleries who rejected him. It was in the following year that Soulages was able to exhibit at the SurindÃ©pendants studio in Paris where he did not receive much notice by the critics but where he gained the admiration and the friendship of painters such as Picabia, Vilato, Hartung and Goetz. That same year, the painter moved to Paris. The following years, Soulages exhibited in Germany (a collective exhibition), in Paris (Lydia Conti Gallery for his first personal exhibition), in Brazil and in New York. During these same years, the artist created three theatrical backdrops and created his first etched engravings in the LacouriÃ¨re studio in Paris. The 1950Âs were marked by exhibitions throughout the entire world and included the acquisition of his paintings by the largest galleries in the world. In 1956, Soulages entered the France gallery and obtained the grand prize of a trip to the Tokyo Biannual Exhibition in 1957. In parallel, Soulages continued his engraving work and he created lithographs and numerous engravings by etching copper with acid. Though his engravings remained very restrained, the artist produced, in total, approximately forty engravings and approximately fifty lithographs. He had an exhibition of embossments the following year in Berlin and in London. The artist travelled a lot in the 1960Âs and 1970Âs and continued to exhibit throughout the world. In 1979 Soulages exhibited at the Paris Museum of Modern Art. The artist created, after 1987, the 104 stained glass windows in the abbey in Conques. Soulages lived and worked in Paris.

Extracts from Pierre Soulages speaking about engravings during an interview with Christian Labbaye:
ÂSeveral things come to mind, and it is necessary to separate them. The encouragements of LacouriÃ¨re who told me Â Never worry, as long as there is copper, there is hopeÂ. And I remembered that, even when there was no copper, I mean, when one made a hole in it, something happened. Beginning from the moment when the plate is perforated, eaten by the acid, accidentally, I remembered that impression, the white of the paper appeared in the hole, clean, with its texture, its natural quality, unique to paper which has not been squeezed in the press. (Â) I applied myself to work in this way for my engravings, not only to perforate the copper plate, but also to change the outline, not being content with the rectangle, using a form which was birthed by accidents, accidents which were accepted, accidents chosen in the work of engraving copper with acid. (Â) Finally, when one has a proof in hand, everything counts, the medium, as much as the print that it has received. I am very sensitive with the medium, I should say ÂmaterialsÂ. Paper is a magnificent material, there is liveliness in the relationship between the ink and the paper, not at all the same as in lithography or in engraving. (Â) Basically, I cannot say that I prefer a painting to an engraving. There is no hierarchy. There is a unique quality to lithography and to engraving, as there is with painting, gouache, to every technique. What matters to me is what can come to light through a work and not the technique which is used for this revelation, even if it has contributed something to it. Â 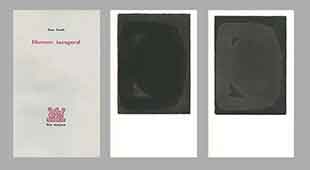 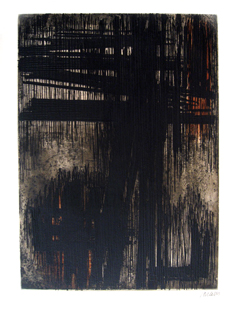 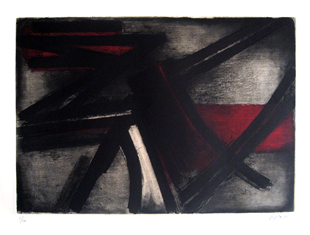