EUGENE DE KERMADEC
Here are the works by Kermadec that are presently for sale. Click on the image to enlarge it. 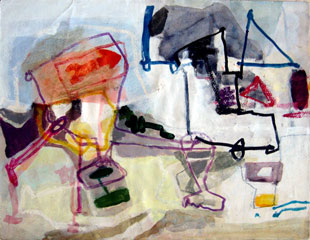 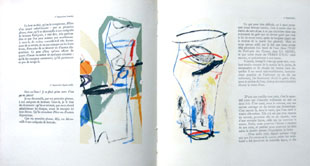 EugÃ¨ne de Kermadec was born in Paris in 1899. His father, a teacher, was from Guadeloupe, and EugÃ¨ne spent his childhood there. Returning to Paris in 1915, he trained in sculpture at the Artc DÃ©coratifs, and in drawing at the Beaux-Arts. In 1920, Kermadec became a friend of Soutine's who gave him several pictures, Modigliani and Desnos were also among his friends. He showed at the Paris Salon des IndÃ©pendants in 1920, and in 1927 became one of the Kahnweiller's regular artists.
The Simon Gallery in Paris showed his work in 1929, but he mainly showed at the Leiris gallery, with exhibits in 1946, 1957, 1973, 1977. Many shows of his work were held abroad as well : Berlin 1929, Tokyo 1933, Toronto 1949, Stuttgart 1960. He was also well known as a tennisman, later becoming an international Tennis umpire. Another of his friend was Francis Ponge whose book "le verre d'eau" he illustrated with lithographs in 1949, of the 110 copies printed, not a single one is to be found today. EugÃ¨ne de Kermadec died in 1976.

Many thanks to Yann HervÃ© for his valuable data and the photo of the artist. 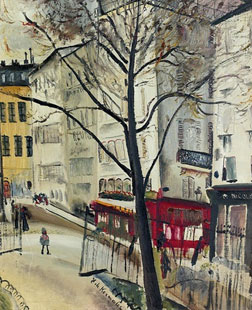 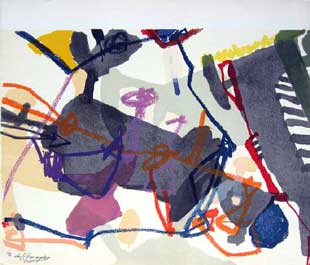 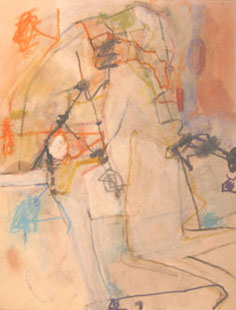 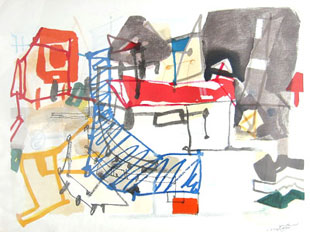