HENRI MATISSE
Here are the prints by Henri Matisse that are presently for sale (lithographs, etchings and books). Click on the image to enlarge it. 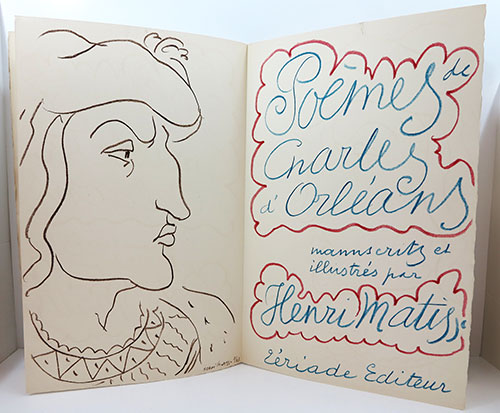 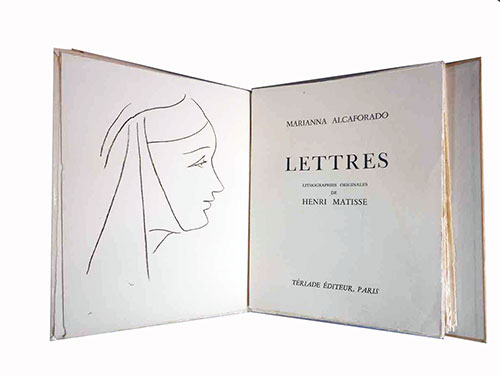 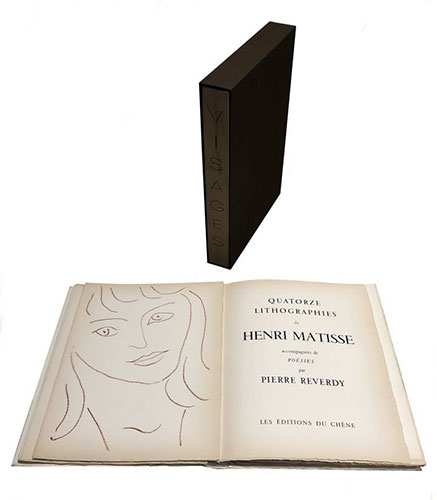 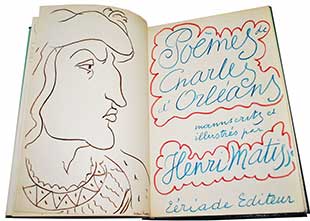 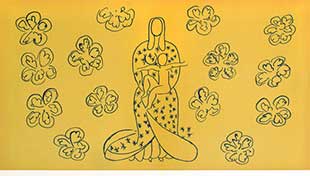 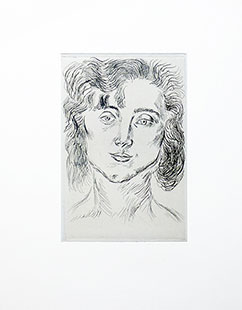 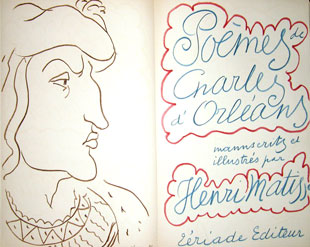 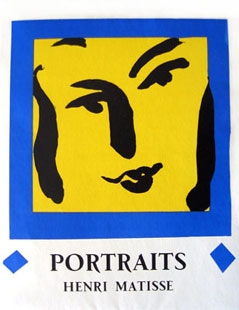 Henri Matisse was born in 1869 in Cateau-Cambresis in Northern France. After studying law in Paris, he met Gustave Moreau, in whose studio he copied paintings before doing more personal work. In 1904, Matisse held his first show at Ambroise Vollard gallery ; in the summer of 1905, he and Derain discovered Gauguin's work in Collioures. This prompted him to paint a set of brightly-coloured pictures, of which his wife 's portrait in a flowery hat ; this painting caused a scandal at the Salon d'Automne. Matisse had treated the face in red, green and yellow, and the outraged critics assailed his vividly-coloured paintings, along with those of Derain, Vlaminck, Marquet and Rouault. Louis Vauxcelles, the art-critic who had already coined the term "cubism", called the room containing these works "la cage aux folles" (the wild beasts' cage). But the writer Gertrude Stein and her brother Leo very shrewdly bought the "Woman with hat". At the same time, Matisse was making his first lithographs, dry-points and etchings.
In 1906, Matisse travelled to Algeria, and in summer continued to paint landscapes in Collioures. Already acknoledged as a major artist, he taught at the school founded by a group of admirers ; in 1908 the Stieglitz gallery in New York held his first show in the U.S. ; and in 1910, the Bernheim-Jeune Gallery in Paris held his first retrospective show. In the next few years Matisse travelled to Seville, Moscow and Collioures, and spent the winter of 1911-12 in Tangiers. The pictures painted during this trip where shown in Paris and at the Armory Show in N.Y. In 1914, Matisse (aged 45) was not called up, in spite of having volunteered ; he settled in Collioures where he met Juan Gris. After the war, the Paul Guillaume gallery held a show in which Matisse's and Picasso's work came face to face. In 1920 Matisse designed the sets and costumes for Diaghilev's ballet "Le chant du rossignol" (Song of Nightingale). In 1930, he went on a trip to Tahiti, stopping in N.Y. and San Francisco on the way, and began his lithographs for an edition of MallarmÃ©'s poetry. At this time his output of prints was already vast ; in the twenties, he has made tens of lithos and etchings or engravings. In 1937, Diaghilev commissioned him to design the sets for another ballet. The following year, he took rooms at the hotel Regina in Nice, where he painted his last masterpieces. In 1941, a surgical operation compelled him permanently to bed ; he had to work lying on his back, with the help of assistants. In 1944, his wife and daughter were arrested for co-operating with the french resistance.
In the late forties, Matisse illustrated Baudelaire's "Fleurs du mal" with 23 lithographs ; Marianne Alcoforado's "Lettres portugaises" with five lithographs ; Ronsard's "FlorilÃ¨ge des amours" with 126 lithographs, "Visages" of Reverdy illustrated with 14 lithographs ; TÃ©riade published "Jazz" in 1947 ; in 1948 Matisse illustrated Joyce's "Ulysses" with 6 etchings. He also made numerous other lithographs, aquatints, etchings and woodcuts during this period. 1948 was also the year in which Matisse began work on the project for the Rosary Chapel of the Dominican Nuns in Vence, which he completed and which was inaugurated by Father Couturier in 1951. In 1950 Matisse was awarded the special prize at the Venice Biennale ; in 1952, a Matisse museum open in Cateau Cambresis, his native town. Matisse died in Nice in 1954.

MATISSE Verbatim
"There is nothing more difficult for a truly creative painter than to paint a rose, because before he can do so he has first to forget all the roses that were ever painted".
Quote of Henri Matisse. 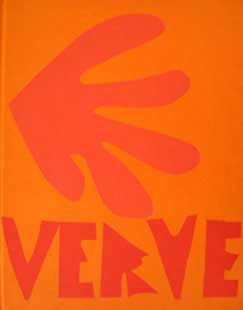 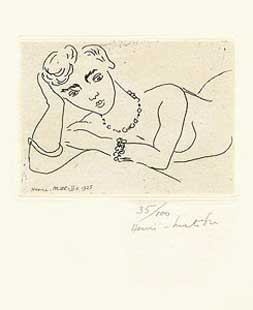 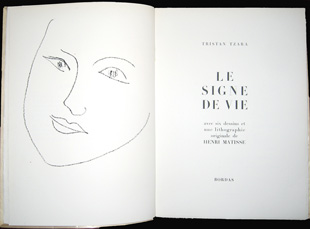 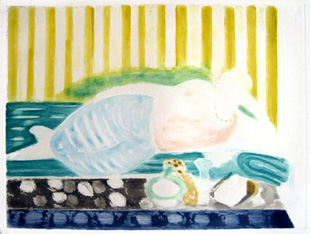 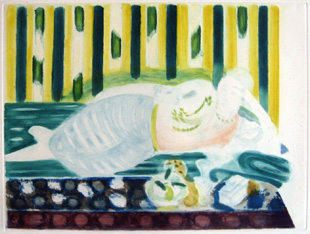 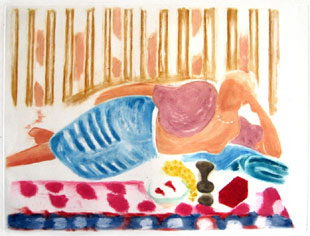 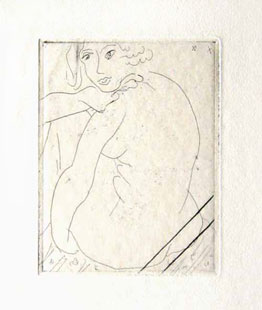 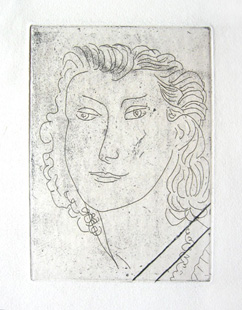 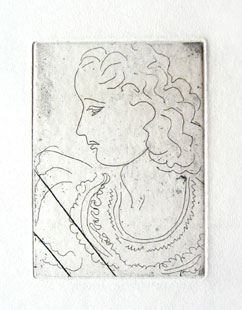 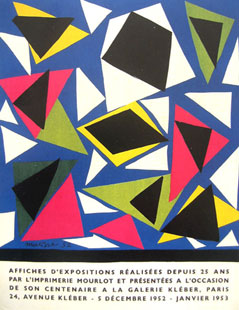 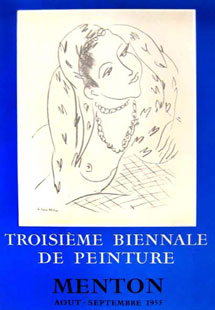 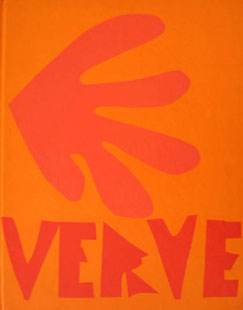 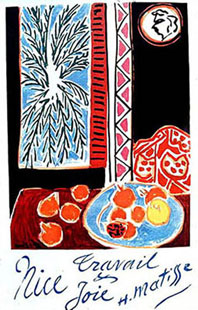