ALFRED MANESSIER
Here are the works by Manessier that are presently for sale (lithographs, books, posters). Click on the image to enlarge it. Unless otherwise specified all the prints shown on this page are signed by Manessier and are original. 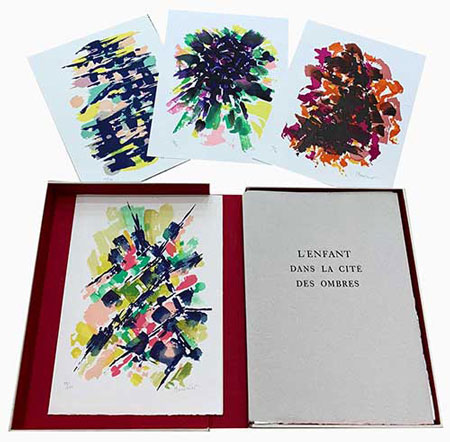 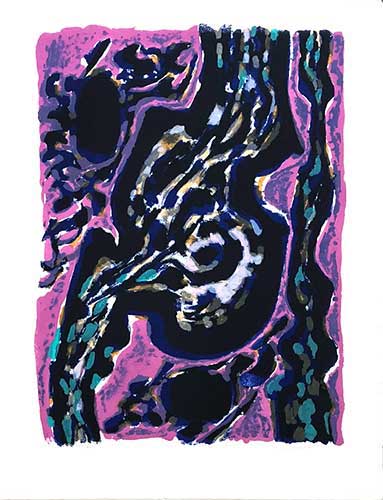 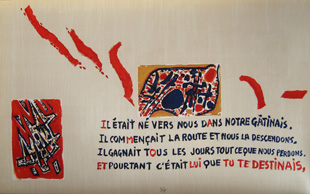 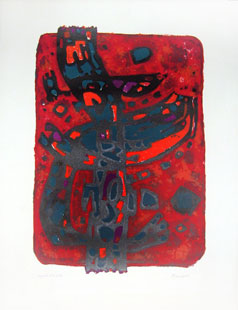 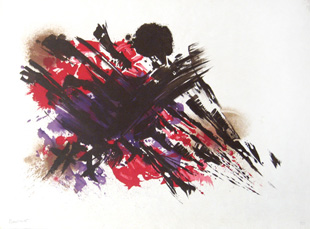 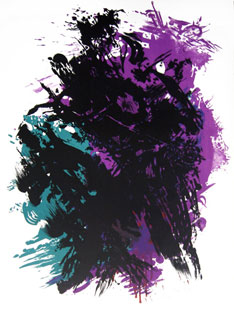 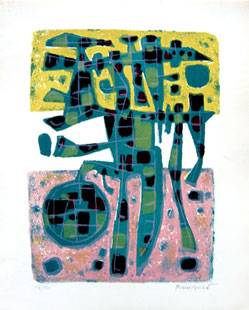 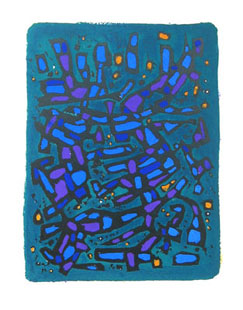 Alfredf Manessier was born in 1911 ; while still at school he took drawing lessons at the Amiens Beaux-Arts. He left school at the age of 14 to concentrate on the entrance exam to the Paris Beaux-Arts, to which he was admitted in 1929 ; he took the architecture course, to comply with his father's wishes, who also compelled him to travel home to Amiens every evening. In 1931, Manessier was able to settle in Paris, showing at the Salon des IndÃ©pendants for his first time in 1933. In 1936, Manessier was called up ; then his father died aged 52 and he had to drop architectural training and painting in order to run the family vintner's business, which he did untill the end of 1937. Moving in Paris with his mother in early 1938, he took part in a group show at the MatiÃ¨res gallery. In 1939, Manessier settled in a detached house and studio in the rue de Vaugirard, where he was to live and work for the next 33 years ; Gustave Singier was his neighbour.
Manessier stopped painting for two years during the war, resuming activity in 1942 to take part in the "Twelve artists today" show at the Galerie de France in 1943, with Bazaine, Lapicque, Pignon, Singier, Villon and others. In 1944 the Paris MusÃ©e d'Art Moderne bought one of his works, and did Nantes Museum in 1947. In 1946 the Drouin Gallery showed 16 of his paintings ; a year later, he made the stained-glass for the church of Saint-Agathe des BrÃ©seux. In 1949, Manessier had his first one man show in Paris at the Jeanne Bucher Gallery, showing paintings, watercolours and lithographs. From 1952 to 1955, the bay of the Somme and the North Sea inspired him to paint a new set of pictures ; he also made a stained-glass window for a small church in Basle. Followed two highly-rated awards : the first prize for painting os Sao Paulo Biennale in 1953 ; and the painting prize of the Carnegie Institute, Pittsburg in 1955. In 1958, Manessier produced a set of colour lithographs inspired by Spiritual Canticles of St Jean de la Croix. In the sixties, numerous shows of his work were held both in France and abroad (U.S., Sweden), and Manessier made a stained-glass for a church in Cologne.
In 1970, a show was held at the Galerie de France ; further stained-glass commissions took him to Bremen, Pontarlier and Freiburg. A retrospective show in Dakar in 1976 led him to discover Algeria and Senegal. In the eighties, Manessier shows were held throughout the world, and he continued to work on tapestries and stained-glass projects. He died in a road-accident in 1993. 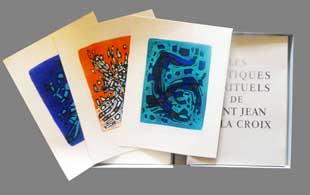 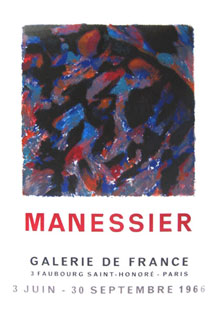 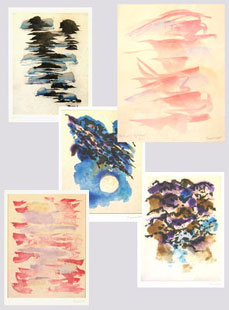