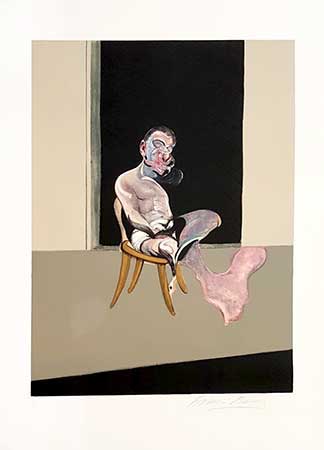 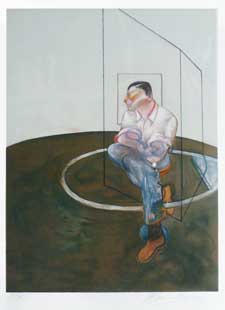 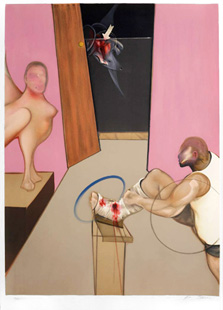 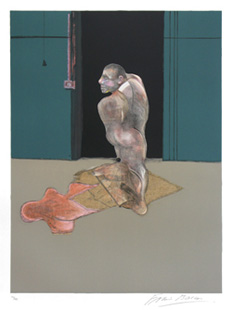 Francis Bacon was born in Dublin in 1909 to English parents. He left his family home for London in 1925, due to conflicts with his father over issues of homosexuality. The next 2 years, Bacon travelled to Paris and to Berlin where he started to design and to paint, influenced by PicassoÂs work, then he stayed for one year in London where he worked as an interior architect. Bacon created his first large paintings in 1933, Crucifixions, presented in two collective exhibitions at the Mayor Gallery in London. In 1934-35, he held his first personal exhibition which he organised on his own. In 1940, Bacon was changed because of his asthma, he destroyed a large portion of pictures that he had created up to that point, but he continued to paint and was displayed at the Lefebvre Gallery in London. In 1946, many exhibitions were dedicated to his works, Bacon returned regularly to Monte Carlo to satisfy his passion for gaming. In 1950, the artist went to South Africa, then to Cairo. The following year, the Hanover Gallery dedicated a large exhibition to him where his paintings created a scandal. In 1953, the artist painted a study on the portrait of Pope Innocent X of VÃ©lasquez, 2 years later, he created his first self-portrait. Bacon left the Hanover Gallery in 1958 and signed a contract with the Marlborough Fine Art Gallery in London. In 1961, he moved into Reece Mews in South Kensington, where he set up his studio above former stables. He occupied this studio up for the rest of his life. The following year, the Tate Gallery organised the first large exhibition Francis Bacon, the artist created, for the occasion, his first large triptych "Three Studies for a CrucifixionÂ; that same year, Bacon met Alberto Giacometti. In 1963, the Guggenheim Museum in New York organised a Bacon retrospective exhibition. The artist met Michel Leiris in the inauguration of the Alberto Giacometti retrospective exhibition in the Tate Gallery in London in 1965. Bacon went to the United States for the first time in 1968, the Marborough Gallery presented twenty paintings, and all were sold within a few weeks. In October, 1971, the first large retrospective exhibition for Francis Bacon was held in France at the Grand Palais of Paris. Bacon painted more and more self-portraits based on engravings created from famous photographs but also portraits from auto photo booths. Francis Bacon, Recent Paintings 1968-1974, was the first exhibition of the Metropolitan Museum of Art dedicated to a contemporary English artist. Bacon travelled more and more frequently to Paris where he stayed near the Place des Vosges, a lodging which also served as his studio. In 1977, the Claude Bernard Gallery in Paris organised an important exhibition of the recent works of Bacon, who recovered a sensational success. He met Balthus in Rome. Several large exhibitions followed: Tokyo, Stuttgart, Berlin, and New York in the 1980Âs. In 1991, the Tate Gallery dedicated a room in its new wing to BaconÂs work. The artist died of pneumonia in 1992, during a trip to Madrid. He left a work that was violent, tortured, disturbing and base. His paintings exalt the flesh, bodies and faces destined for decomposition, his works stigmatise a closed and smothered world. He is also the author of numerous embossments, lithographs and engravings. Bacon is unanimously considered today to be one of the major painters of the end of the twentieth century.

Francis Bacon - Oeuvre graphique - Graphic work - Catalogue raisonnÃ©
This is the official catalogue raisonne for the artist Francis Bacon. 48 prints (lithographs and etchings included those made for porfolios or books) are here reproduced. Texts by Eddy Batache and Bruno Sabatier. A lot of photos of the artist are reproduced in this catalogue whose edition is only 600 copies included 50 deluxe. Published in 2012 by Bruno Sabatier. Edition in French and English. A must have for all the collectors as well as dealers of Bacon prints.

BACON Verbatim
This is the official catalogue raisonne for the artist Francis Bacon. 48 prints (lithographs and etchings included them printed for portfolio or books) are here reproduced. Texts by Eddy Batache and Bruno Sabatier. A lot of photos of the artist are reproduced in this catalogue whose edition is only 600 copies included 50 deluxe. Published in 2012 by Bruno Sabatier. Edition in French and English. A must have for all the collectors as well as dealers of Francis Bacon prints. 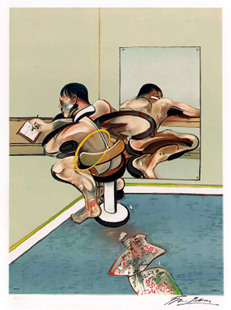 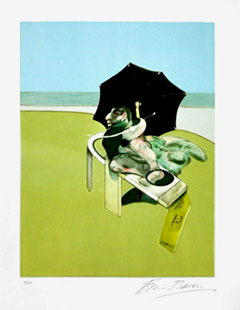 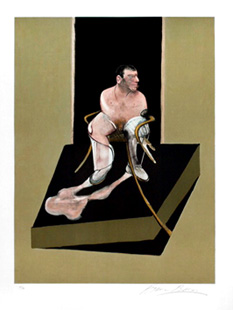 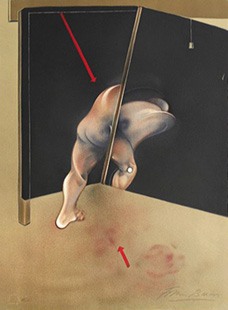 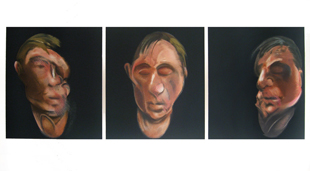 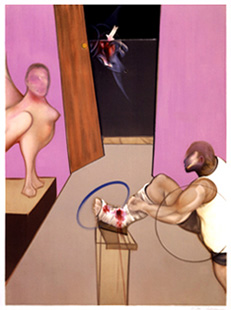 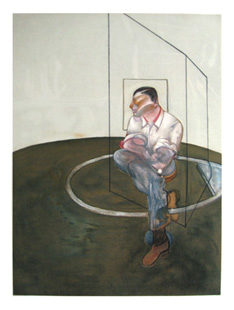 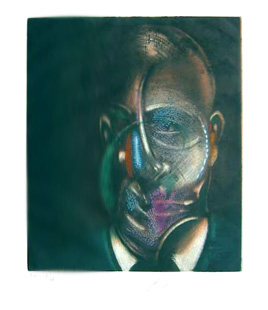