MARINO MARINI
Here are the original prints (lithographs and etchings) by Marino Marini that are presently for sale. Click on the image to enlarge it. Unless otherwise specified all the prints shown on this page are signed by Marini and are original. 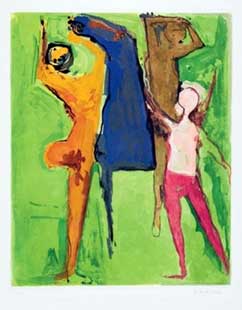 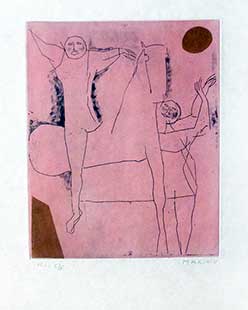 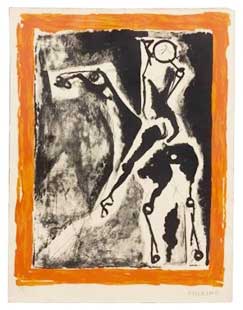 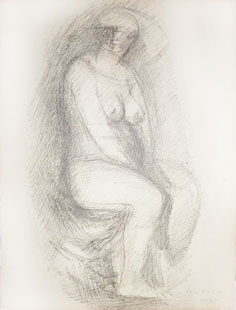 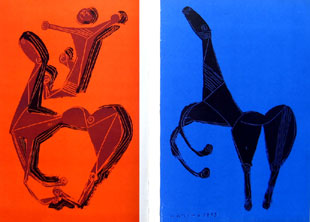 Marino Marini was born in Pistoia in 1901. In 1917 he enrolled in the Florence Accademia di Belle Arti where he followed courses in painting taught by Galileo Chini and sculpture by Domenico Trentacoste. These early years of artistic activity in Via degli Artisti were mainly devoted to painting and drawing. Marini's first important sculpture, Popolo (in terracotta), was produced in 1929, the same year in which he was invited by Arturo Martini to move to Milan and teach at Villa Reale in Monza. This was also the year in which he exhibited in Nice with the Novecento group and undertook his first trip to Paris. His first solo exhibition was in Milan in 1932 and in 1935 he won first prize at theRome Quadriennale. In 1938 he married Mercedes Pedrazzini (affectionately nicknamed Marina) who was to be a constant and explicit presence in his artistic personality. Marini leftVilla Reale in 1940 for the chair of sculpture at the Brera Academy which he held until 1943 when the war (which had led to the destruction of his studio) caused him to retreat to the Swiss Canton of Ticino which was the birthplace of his wife. This time was rich in contacts with both old and new friends from Paris such as Wotruba, Germaine Richier, Giacometti, Haller and Banninger. There are many portraits in bronze and plaster from this period and in 1944 Marini exhibited at the Kunstmuseum in Basle. When the war was over Marini returned to his previous existence in Milan, reopening his studio and taking up his teaching job at Brera again. At the 24th Venice Biennale in 1948 a room was dedicated to his works. He met Henry Moore, with whom he formed a lifelong friendship, and Curt Valentin, the American merchant who organised an exhibition for him in New York in 1950. The Accademia dei Lincei awarded him the Feltrinelli prize in 1952 and in 1957 the Hague city council commissioned a large equestrian group, a copy of which is on display in San Pancrazio. More and more personal exhibitions followed in northern Europe and Marini intensified his output of paintings (an area of activity which he had never abandoned) in the mid 60s. In 1973 the Marino Museum exhibition was inaugurated in the Civica Galleria d'Arte Moderna in Milan with an important collection of portraits. A permanent display was dedicated to him at the Neue Pinakothen in Munich in 1976, in 1978 an exhibition of paintings and sculptures was taken to Japan and in 1979 a documentation centre for his works was set up in Pistoia. Marino Marini died in Viareggio in 1980. (biography from : Fondazione Marini, Firenze) 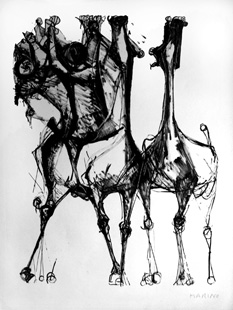 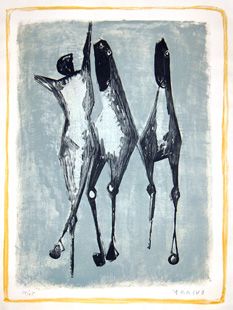 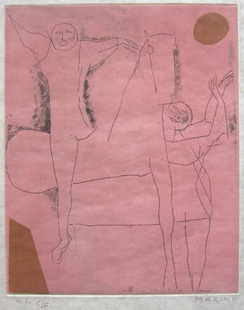 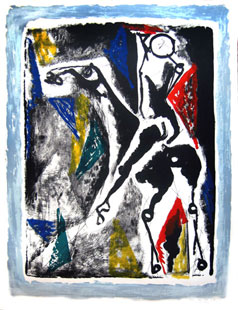 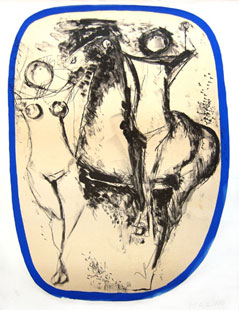