BRAM VAN VELDE
Here are the prints handsigned (lithographs, etchings or engravings) by Bram Van Velde that are presently for sale. Click on the image to enlarge it and see the description of the print. Unless otherwise specified all the prints shown on this page are signed by Bram Van Velde and are original. 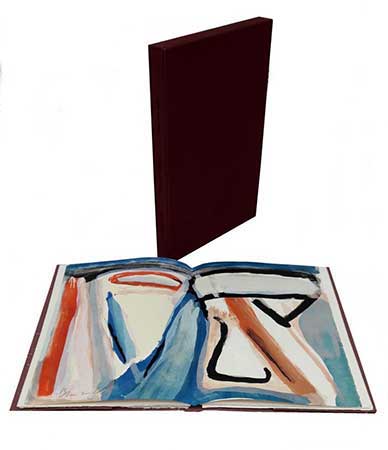 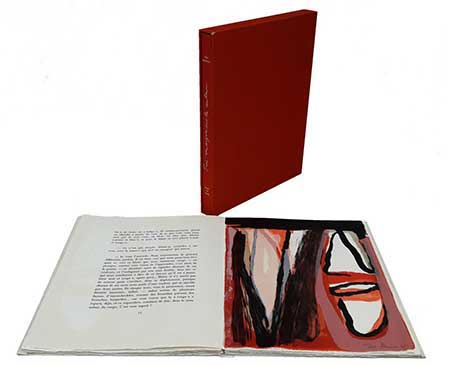 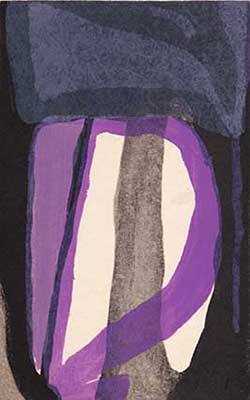 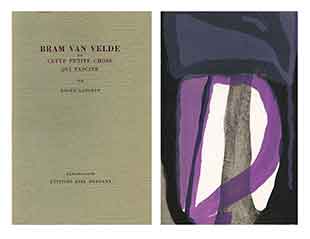 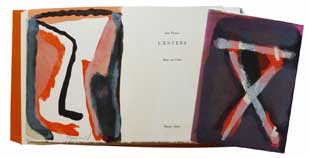 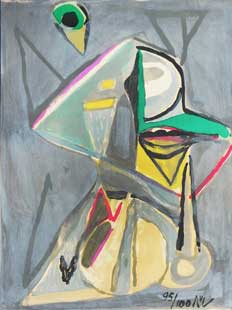 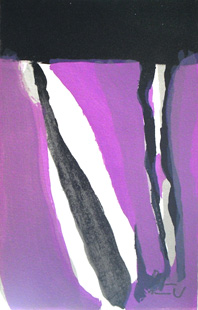 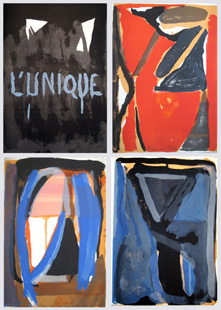 Bram Van Velde was born in 1895 in Zoeterwoude (Holland). His family knows a terrible misery which will deeply mark the childhood and the life of Bram Van Velde. In 1907, Bram Van Velde works for an interior decoration shop, in La Hague, where it is taken in hand by Eduard H. Kramers and his son. These two men will regularly help Bram Van Velde until about 1934. Bram Van Velde is reformed for the beginning of the First World War, he then continues its work of decorator and house painter, and learns in a school of art of La Hague to copy the old Masters expressionist paintings there. In 1922, Kramers encourages Bram Van Velde to travel, and helps him financially. Bram Van Velde goes then to Germany where he discovers the painters : this short stay will be determining for Bram Van Velde. The artist goes then to Paris where he will be recognized as a painter. First exhibition in Bremen in 1927, then exhibition in Berlin and Paris. At that time Bram Van Velde discovers Matisse and becomes friend with the art dealer Paul Guillaume. In 1928, Bram Van Velde marries Lilly KlÃ¶ker, German painter whom he probably met the first time he discovered this country. The crisis of 1929 obliged the couple to leave France for Spain. The Spanish Civil war arrives in 1936, Lilly dies in the hospital and Bram van Velde is repatriated on a warship in Marseilles. It joined Paris and meets Beckett with whom it will become friend. In 1939, several exhibitions crown the talent of Bram Van Velde which will stop painting in 1941 during 4 years. In 1946, first great personal exhibition in Paris, the following year, Bram Van Velde signs a contract with the Maeght gallery, for this gallery, he will make many prints, lithographs and engravings, as well as illustrated books. The contract with Maeght is broken in 1952. In 1958, first great exhibition in a museum, it will be in Bern. The following years several great exhibitions are devoted to Bram Van Velde. In 1967, the artist settles in Switzerland and signs again a contract with the Maeght gallery. The artworks of Bram Van Velde will be successful until his death in 1981. 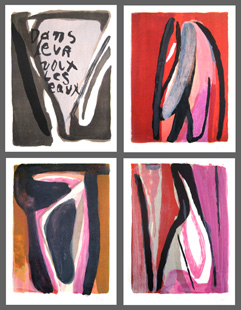 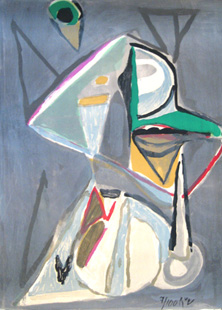 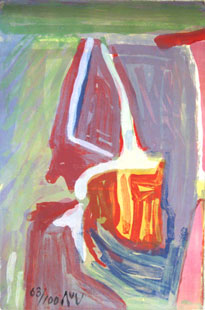 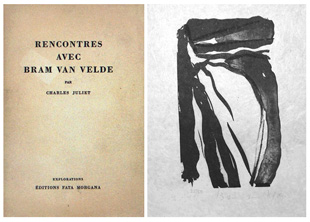 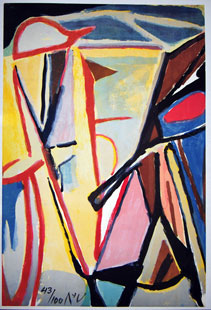